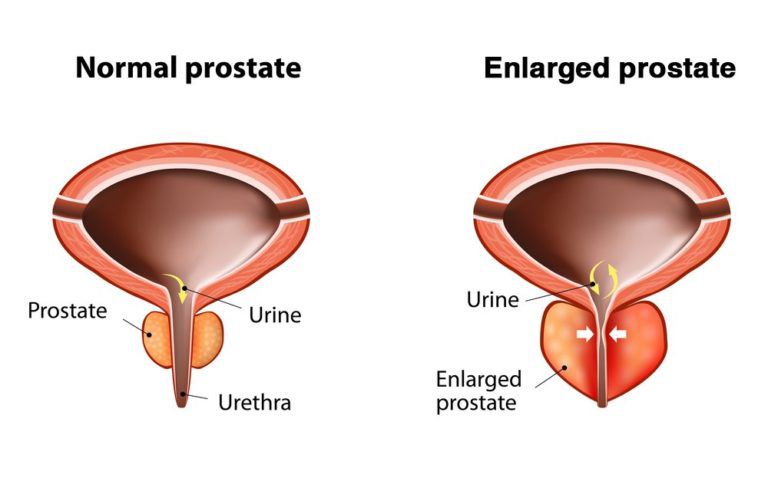 The prostate gland is a small, walnut-shaped gland that plays an important role in sex and urination. With age, the gland may begin to grow, resulting in a condition known as benign prostate hyperplasia. This disorder may begin as early as a man’s 30’s or 40’s, although symptoms usually do not appear until many years later. Non-cancerous prostate enlargement is non-life threatening, although an enlarged prostate should be examined by a urologist.

that 9 out of 10 men over the age of 60 have at least some signs of benign prostatic enlargement? Doctors and researchers still have a lot to understand about this disorder, which seems to begin in many men around age 30. Millions of patients visit urologists every year due to the benign prostatic enlargement, and many undergo treatment to help avoid blockage of fluids in the urethra.

How do I know if I have a benign prostatic disorder?

Benign prostate enlargement usually leads to symptoms that affect urination. This can include difficulty urinating, frequent urination, incontinence, or a weak stream. Talk with your urologist if you are experiencing any of these symptoms. Your doctor will perform several tests to rule out prostate cancer and confirm a benign diagnosis.

What types of treatments are available to patients with a benign prostatic disorder?

Not all men with benign prostatic disorder undergo treatment, but most do at some point in their lives. During the early phases of the condition, urologists often keep a watchful eye on an enlarged prostate with periodic examinations and screenings. Once symptoms have progressed and are becoming bothersome to the patient, treatments may include drug therapy, surgery, or a number of minimally invasive procedures.

Is there anything I can do to prevent benign prostatic disorder or slow its progression?

Little is known about the causes and risk factors for a benign prostatic disorder. Nearly all men develop some form of the condition by age 70, but research supports the theory that certain lifestyle modifications may help lower the risk of developing an enlarged prostate. According to the National Institutes of Health, some men may be able to avoid benign prostatic disorder by adopting a healthy diet and active lifestyle that lower the risk of developing hypertension and type II diabetes – two systemic diseases linked to enlarged prostates.