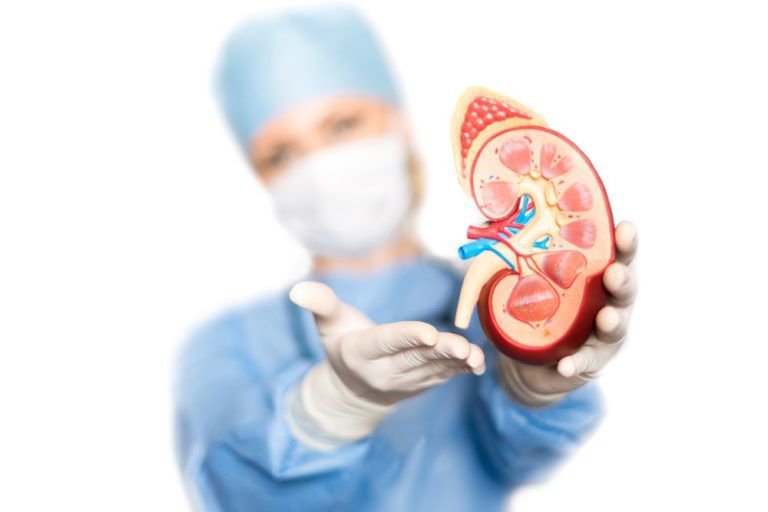 A radical nephrectomy is the surgical removal of an entire kidney for the treatment of kidney disease, cancer, or severe damage. Traditionally, nephrectomy procedures were performed with large incisions that required long hospital stays and complicated the risk of infection. Now, the da Vinci ® robotic system is making it possible for surgeons to complete a radical nephrectomy using only a few tiny incisions that require a short recovery period and have a low risk of complication.

that kidney tumors are malignant approximately 9 out of 10 times? Radical nephrectomy is the standard treatment for kidney cancer, which can spread to the adrenal gland, lymph nodes, ureters, and other tissues near the kidney. In some cases, patients with small tumors may require only a partial nephrectomy – effectively preserving some of the healthy, disease-free kidney tissue.

Am I a candidate for a da Vinci ® radical nephrectomy?

What should I expect during a robot-assisted radical nephrectomy procedure?

You will be under general anesthesia for the duration of your surgery. A few small incisions will be made along your abdomen, through which your surgeon will operate using da Vinci ®’s highly advanced robotic arms. Da Vinci’s hands mimic those of your surgeon, only with greater precision and an improved range of motion. The kidney, along with any other target tissues, will be removed though a small incision in the lower abdomen.

How long will it take to recover from this surgery?

Da Vinci is minimally invasive, requiring much less down time than traditional kidney surgery. You can expect to spend a couple of days in the hospital, after which time you will be released to go home and finish recovering. Most patients can return to normal activities within just a few weeks of surgery, although you will need to discuss the specifics of your recovery with your doctor.